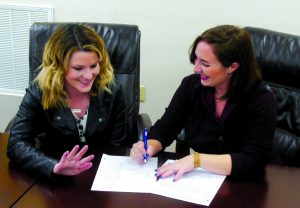 Publicity has been distributed and interest is picking up for the South Mississippi Boucherie Barbeque Competition March 27-28 at Southwest Events Center.
Committee member, Stephen Pigott, said Friday entries were picking up as the deadline for entries approached. Entries had been received in both amateur and professional categories.
Professional teams entered include: Budro’s BBQ, Smokemasters BBQ, Rib-Ka-Teers, The Great Pig in the Sky, 2 Phat’s BBQ Diamond, D Poker Porkers. Organizers say they’ve had inquiries from as far away as Texas. Pigott says this is only a partial listing as other committee members have received entries that have not yet been forwarded to him.
He said last week that professional teams from Tennessee, Arkansas, Texas and Mississippi are entered.
Patio teams–amateur competition which entails local competitors–include: Houston Hog Smokers, Porkenberry Barbecue, Laird’s Tire & Auto, Pools & More, Blazin’ Barrels, Southwest Regional Medical Center, Trustmark Bank, Bar-B-Cuties, Farm Bureau, Brumfield’s Drugs, Mord & Stewart, 3-J’s BBQ, Boneyard Smokers and Busy R-B-Q.
Pigott said Jeb McBeth, an agriculture teacher at Loyd Star, has a student team that plans to compete using a smoker they constructed as part of their class.
While the current listing includes 24 teams, Pigott says there is a possibility of more, noting that, in his experience, barbeque teams are traditionally “slow” submitting entries.
“We’ve been surprised at the amount of community support we’ve received, especially from businesses. Already we’re set for next year’s competition…it’ll be the fourth weekend in March like this year,” Pigott said.
The Memphis Barbeque Network is interested in hosting a barbeque judges class on Thurday, March 26, prior to the Boucherie. Those successfully completing the class can judge at the local competition and other MBN sanctioned events. Cost is $65 a person to cover first year dues. There will be two judging teams on site, one doing whole hog presentation and one doing pulled pork and ribs.
After you become certified you get to travel to any MBN event and judge great BBQ.
For information about the judging class call (601)303-1119.
The event gets underway Friday, March 27, with live bands, a for-fun chicken wing competition, food, vendors and a Kids’ Korner, prior to the teams firing up cookers around midnight for Saturday’s competition.
Entertainment and activities continue Saturday, kicking off with a Rotary Club breakfast from 7-10 a.m.