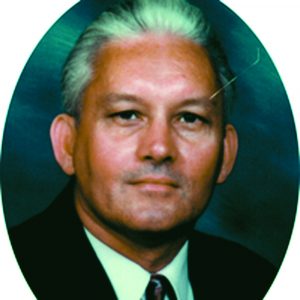 Rev. Edgar Phelps
May 15, 1947 – Feb. 29, 2020
Rev. Edgar Lewis Phelps, 72, a resident of Tylertown, died Feb. 29, 2020, at Forrest General Hospital in Hattiesburg.
A funeral service was March 5, 2020, at Dexter Pentecostal Church, burial in Guiding Light Pentecostal Church Cemetery, Rev. Jerry Terrell officiating.
He was born May 15, 1947, in Pike County. He was the son of Ernest R. Phelps and Zellie Jenkins Phelps.
Phelps was a father who taught his children about loving God and always putting him first in everything that they did. He was always trying to help someone that was in need, from buy them shoes, clothing, groceries, just whatever he knew they needed.
He worked in the Food Chain Grocery stores as management for many years and would give people jobs when no one else would give them a chance. After leaving the grocery store management he started his own lawn care business until his health would not allow. He served in the U.S. Army. He was also a member of Dexter Pentecostal Church.
Phelps was preceded in death by his parents; his brothers, Billy Phelps, Earl Phelps and Michael Phelps, Mearl Phelps; his sisters, Dorothy Ready, Rosie Lee Mote, Patricia Jasper, Carolyn Brown and Rena May Dreeszen.
Survivors are two daughters, Charlotte Cox and Shannon Terrell and husband Arkin all of Foxworth; one son, Stacy Phelps and wife Chrystal of Jayess; two daughters,; two brothers, Obie Phelps and wife Brenda of Magnolia and Robert Phelps and wife Faye of Foxworth; 10 grandchildren, Jacob Phelps, Garrett Phelps, Staclyn Phelps, Blake Cox and wife Zoe, Kelsey Cox, Chelsey Cox, Karmon Terrell, Karla Terrell, Kamey Terrell and Karsyn Terrell and one great grandchild, Zavanna Jensen.
Pallbearers were Jacob Phelps, Garrett Phelps, Blake Cox, Tommy Rodriguez, Gregory Phelps and Bryan Terrell.
Honorary pallbearers were Staclyn Phelps
Hartman Jones Funeral Home of McComb was in charge of the arrangements. Share condolences at www.hartmanjonesfuneralhome.com