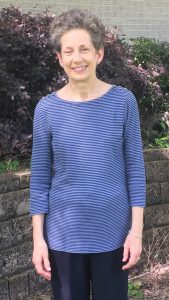 Everyone looks forward to that time when they can forgo the usual day-to-day routine and do what they want.
For Paulette Johnson that chance came recently when she retired after 40 years as a pharmacist at Walthall General Hospital, most of that time spent as director of pharmacy.
She went into pharmacy because she was interested in the health professions, but didn’t feel like the nursing profession was something she wanted to do. She’d always liked math and science and she had an uncle who was a pharmacist, so her decision to become a pharmacist was cemented early on.
Johnson graduated from the University of Mississippi school of pharmacy in 1979 and immediately went to work at the local hospital. In late 1979 she was elevated to the director’s position, a title she held until her recent retirement.
As one would expect, a lot has changed in the way medicine is handled in hospital pharmacies over the four decades Johnson has been at WGH. When she first started, machines called “brewers” were used and nurses got a patient’s dosage from those machines.
Later they went to a unit dose system and later as medical records and dispensing systems became more linked to the patient the present system doesn’t even resemble that of 40 years ago.
Prior to being hired at Walthall General, Johnson did some part-time work for Pigott’s Drug Store, a requirement for any pharmacy student, but once she went to work at the hospital, that remained her only job until retirement. She worked shifts–12 hour days–on an alternating schedule like most hospital workers.
She said when she was in pharmacy school in the late 1970s, about 30% of pharmacy students were female. Now, she says, the number is closer to 50-50.
“We’ve gone through a lot of changes, but things have settled down, and with no major changes coming in the near future, it seemed like a good time to step down and let someone else cope with all the future changes that are bound to come,” Johnson said.
She saw plenty of major changes in the hospital pharmacy during her 40 1/2 years, and can recall the year those changes were made:
•1980–Unit Dose Drug Distribution and Intravenous Admixture Systems were implemented;
•1990–Patient Medication Profiles and Pharmacy Department Charges were converted from a manual system to electronic;
•2005–Installed an Automated Dispensing Machine in the Emergency Department;
•2012–Electronic Medical Record System implemented Hospital Wide-This not only changed the daily Pharmacy workflow, but also changed the way the Pharmacy Dept. interacted with the other departments of the hospital;
•2016–Installed New Automated Dispensing Machines in the ER and Nursing Station;
•2016–EPIC-Electronic Medical Records were implemented hospital-wide. All physician orders were entered electronically and automated dispensing machines interfaced with the Electronic Medical Record. This is the same electronic medical record that’s in use by Forrest General;
•2017-Clinical Pharmacy Programs were implemented and Regional Hospital Formulary adopted.
“I was always very fortunate in having a good pharmacy staff–both pharmacists and pharmacy technicians.
“Being one of the regional hospitals in the Forrest Health System has been a positive change for us, and we always had a good working relationship with the pharmacy department at Forrest General,” she said.
Nowadays she’s settled into the job of full-time baby sitter, taking care of her grandchild, with husband Fred, who retired earlier from the hospital.
While the couple enjoy the task of taking care of the grandchild, Paulette says she hopes they’ll be able to do a little traveling, now that they have the time.