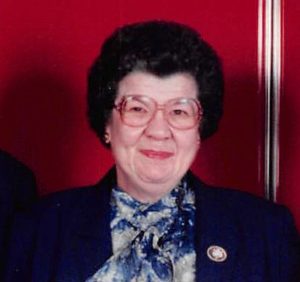 Alice Faye Walters
May 6, 1932 – June 13, 2020
Alice Faye Pope Walters died June 13, 2020, at Diversicare in Tylertown. Mrs. Walters was born on May 6, 1932, in Walthall County. She was the daughter of Hebert Henry Pope and Bessie Brumfield Pope.
Mrs. Walters was a nurse at the V.A. Hospital in Jackson for nearly 30 years. She loved being a nurse. She had a particular love for elderly patients. She was known to be a very caring nurse and also had many friends in Jackson who she enjoyed spending time with.
She was preceded in death by her parents, her husband Dolan A. Walters, and her brother- in- law Charles Barnes.She is survived by her brother Bobby (Marie) Pope, her sister Nell Barnes, nieces Kimberly Pope, Pam Willis, nephews Mike (Kim Barnes), Greg (Karen) Barnes.
Burial will be in New Zion Cemetery.
Hartman Hughes Funeral Home was in charge of the arrangements. Family and friends may sign an online guestbook at www.hartmanhughesfuneralhome.com