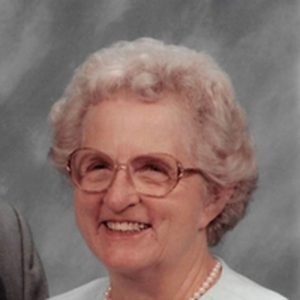 Mary Magee
Oct. 3, 1930 – June 10, 2020
A funeral service for Mary Ella Magee, 89, was June 10, 2020, at Crystal Springs Baptist Church, Dr. Eddie Bates officiating. Mrs. Magee, a resident of Tylertown, died at her residence June 8, 2020.
She was born Oct. 3, 1930, in Tylertown, the daughter of the late Ora Lee and Mary Ann Luvesta Pittman Blackwell. In addition to her parents, she was also preceded in death by her husband, William Lawrence Magee.
Mrs. Magee was a member of Crystal Springs Baptist Church where she served as church clerk for 37 years. She had worked for AT&T Dexter High School; and the Walthall County Sheriff’s Office. She had served as secretary for the Dexter Water Assn. and was also a member of the Dexter Volunteer Fire Dept. She and her husband had been voted the 1966 Outstanding Farm Family of the year. She had also received the Ilene Guy Jaubert Award in 1982; and had served as a Girl Scout Leader for over 30 years. Her hobbies included making Christmas stockings and shirts for her children, grandchildren, and great-grandchildren. She was known for her handwork; her egg custard; and her ability to entertain at family gatherings.
She is survived by her children: Peggy (Eddie) Bates of Citronelle, AL; Polly (Arlen) Patten, and Perry Magee all of Tylertown; grandchildren: Brooke Crawford, Lauren (Sparks) Wilson, Steven (Deidre) Patten, Kimberly Patten, and Amber (Richard) Butler; great-grandchildren: Brady Crawford, Lane, and Lily Patten, S.J., Hank, Sadie, and Colt Wilson, Madalynn, and Isabella Legget, and John Brooks Butler.
Burial was in the Crystal Springs Cemetery with Hartman-Hughes Funeral Home in charge of the arrangements.
Hartman-Hughes Funeral Home was in charge of the arrangements. Family and friends may sign the online guest book at www.hartmanhughesfuneralhome.com