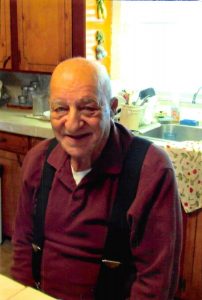 Michael Masi
Dec. 10, 1937 – June 26, 2020
Michael Joseph Masi, 82, died June 26, 2020, at Diversicare Nursing Home in Tylertown. He was born Dec. 10, 1937, in Union, LA, son of the late Benidette and Margaret Masi.
After graduating from high school, he began a career with the State of Louisiana Department of Transportation serving 29 years and retiring in 1987. After retirement, he enjoyed yard work, gardening, and working on his farm.
He married the late Joyce Fontenot, and together they had four children: Ann (Jimmie) Villie of Magnolia, Mary (Don) Masi of Tennessee, Wilson Masi of Louisiana, and the late “Little” Ben Masi. After Joyce’s death, he married Ada J. Dillon of Tylertown and gained two step-children: Dewane (Cindy) Dillon of Missouri; and Doris (Mike) Beard of Tylertown. He is also survived by two grandchildren: Paul Vicknaire and Jason Bangs; one great-granddaughter, Alyssa Vicknaire; five step-grandchildren.
A memorial service will be held at a later date.
Hartman Hughes Capps Funeral Home was in charge of the arrangements. Family and friends may sign an online guestbook at www.hartmanhughesfuneralhome.com