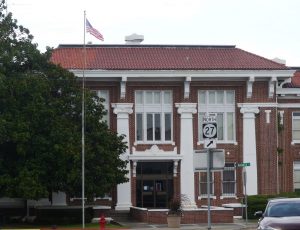 The 1894 Mississippi state flag was retired to state museums last week after Gov. Tate Reeves signed legislation passed during a rare Sunday session to shelve the banner, which prominently displayed the Confederate battle flag in the upper left corner.
A commission has been appointed to come up with a new design to be put before voters. The only two requirements set forth for the new design are: (1) it cannot include the Rebel banner and (2), it must include the words, “In God We Trust.”
The flag had come under fire as a divisive symbol in recent decades, one that opponents said was not representative of the entire state. Mississippi has the largest number of Black elected officials in the country, and a growing number of those officials had begun to voice their opposition to the 1894 flag in recent decades.
Although proponents of the banner claimed it represented “Southern heritage,” since the beginning of the Civil Rights era in the middle 1950s, the Confederate banner was adopted by more and more hate groups, including various revisions of the Ku Klux Klan, skinheads, white supremists, Aryan groups and the American Nazi Party.
Although the old flag was the official symbol of the state, for the most part, except for the state capitol at Jackson, the banner was not always visible at public buildings until more recent years.
Local observers say they’re not sure when the state flag began flying at the courthouse, but most tend to agree the state flag probably began to show up around the time of the U.S. bicentennial celebration in the mid-1970s.
Many school students in the 1950s and 1960s have said they weren’t even aware the state had a flag until they arrived junior high school, and one of the requirements was the study of a semester of Mississippi history and the preparation of a Mississippi History scrapbook. A letter from students of that era to the secretary of state’s office usually resulted in a packet by return mail with information about the state, its government and a picture of the state flag.