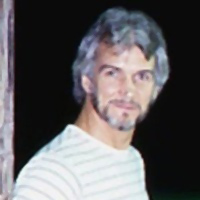 Glenn Dunaway
Aug. 26, 1947 – June 30, 2020
Glenn Anthony Dunaway, 72, of Jayess, died June 30, 2020, at his residence.
Dunaway was born on Aug. 26, 1947, and was the son of Walter Jones Dunaway and Doris Brister Dunaway. He was a Christian man. He was an avid outdoorsman. He enjoyed hunting, fishing and camping. He took many trips all over the U.S. to hunt. His favorite hunt, every year, was Hillside NWR, where he hunted whitetail deer with black powder.
At home, he enjoyed sitting in his recliner and seeing his deer plots from that seat. In his younger years, he was a boxer. He loved sports and was a master Billiards player.
He is preceded in death by his parents and his oldest son, Curtis Dunaway.
He is survived by one son, Kenneth W. Dunaway and Stephanie of Prairieville, LA; two brothers, Terry Dunaway and Margie of Brookhaven, and Phil Dunaway and Judy of Jayess; five grandsons, Brandon McKey, Dustin Dunaway, Cody Dunaway, Caleb Benoit and Grant Dunaway; four great-grandchildren.
A memorial service was July 11, 2020, at Sharkey Funeral Home with Bro. Scott Johnson officiating.
Sharkey Funeral Home of Summit was in charge of the arrangements. Share condolences at sharkeyfuneralhome.com