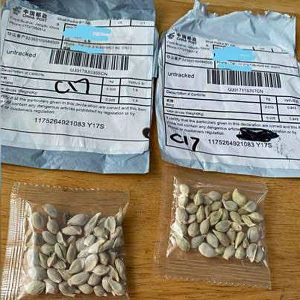 Residents who receive an unsolicited packet or packets of unknown seeds from China or other foreign countries are being asked not to open or plant them, but instead contact the state Department of Agriculture and Commerce Bureau of Plant Industry at 662-325-3290 or the local Cooperative Extension Service office at 601-876-4021.
The seed packets began appearing in the mail nationwide in late July. Those receiving the seed packs did not order them. The packs may be marked as containing jewelry or other items, but never seeds or agricultural products.
If you receive such a packet, state Agriculture and Commerce Commissioner Andy Gipson says you need to report them immediately.
“Please don’t plant the seeds,” Gipson said.
Instead contact the Bureau of Plant Industry to arrange for pickup, or they can be dropped off at the Walthall Cooperative Extension Service.
Should the package have been opened, place the seeds, along with any packing materials and mailing label, in a zip-top bag. Label the bag with your name, address and phone number.
The U.S. Department of Agriculture released a statement July 28, saying that APHIS (Animal and Plant Health Inspection Service) is working closely with the Department of Homeland Security’s Customs and Border Protection, other federal agencies and state departments of agriculture to investigate the situation.
Gipson said there is no indication these seeds pose a danger to human health; however, any foreign seeds can have a negative impact on the environment as a threat to plant and animal health and to agriculture. Foreign seeds could also carry fungi or pests that could cause damage to the ecosystem.
All plant material entering the U.S. legitimately is required to go through APHIS inspections because of the danger of introducing unknown or new species of plants.