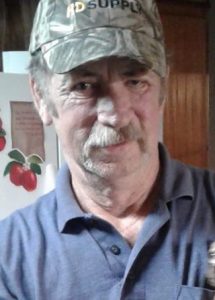 Buddy McKenzie
July 17, 1953 – Aug. 6, 2020
Austin “Buddy” W. McKenzie, Jr., 67, of Gautier, died Aug. 6, 2020, at Ochsner Medical Center in New Orleans.
He was born July 17, 1953, in Laurel and grew up in Tylertown. He has been a resident of Gautier since 1974. McKenzie was a former pipefitter for Ingalls Shipbuilding and worked for his father-in-law at Andy’s Body Shop in Pascagoula. He was last working as self-employed in his business, McKenzie Lawncare. He was a member of Spanish Trail Baptist Church for over 20 years where he served as a trustee and an usher of the church. He is preceded in death by his parents, Austin W. and Ina McKenzie.
Survivors are his wife of 17 years, Sandy Fell McKenzie; son, Montie Grier; step-daughter, Honor Six (Chad); two sisters, Jerry M. Thomas and Jeannie Verzwyvelt; three grandchildren, Jeremy and Emily Six; Caija Grier; special nephew, Jordan Fell.
A funeral service was Aug. 10, 2020 at Spanish Trail Baptist Church in Gautier, burial privately held by family only. In lieu of flowers, memorial may be made to Acute Myeloid Leukemia Assn. and Gideon International.
O’Bryant-O’Keefe Funeral Home of Pascagoula was in charge of the arrangements. To send flowers to the family or plant a tree in memory of Austin “Buddy” W. McKenzie, please visit our floral store.