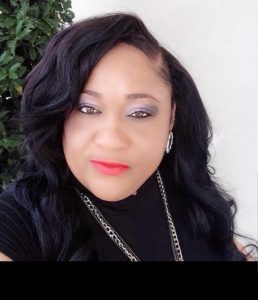 Tyronne Carr
April 12, 1972 – Aug. 9, 2020
Tyronne Lewis Carr was born on April 12, 1972, to Jerry Lewis and the late Vernice Pittman Lewis in Laurel. She died Aug. 9, 2020, at Walthall General.
Her graveside service was at the Magee Family Estate Cemetery in Tylertown, Rev. Terry Jackson, Jr. officiating with interment to follow immediately afterwards.
She was a native of and resided in Tylertown. She was married to James Carr and is the mother of four sons; Derrick Lewis of Hattiesburg, Tavoski Lewis of Tylertown, Jameion Lewis of Baton Rouge, and Tyriunce “ToTo” Lewis who precedes her in death. During her spare time she enjoyed shopping, going out to eat and taking pictures.
Survivors are her father, James Lewis of Highland, IN; two sisters, Tinia “Tonya” Pittman and Vanessa Lewis; two brothers, Tony Pittman and Jermaine Lewis all of Tylertown; seven aunts, four uncles, eight grandchildren’ and a special friend, Nathaniel Black of Brookhaven.
Craft-Ginn Funeral Chapel was in charge of the arrangements. Share online condolences at www.craftfuneralhome.org