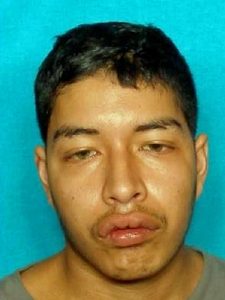 An undercover investigation by the Walton County, Fla., Sheriff’s Dept. has led to the arrest of a Tylertown man by Walthall County deputies.
Florida authorities issued a warrant for the arrest of Gabriel Luna Jr., who they said initiated contact with an undercover officer posing as a juvenile in a children’s chat room online. They said Luna lied about his age, representing himself as a 14-year-old and attempting to develop a relationship with the officer, who he believed was an underage minor.
Local authorities took Luna into custody, placing him under a hold order for Florida authorities. He faces charges of soliciting a minor for unlawful sexual conduct, sending harmful material to a minor and using a two-way communication device to facilitate a felony.
The Walton County Sheriff’s Office Special Victim’s Unit conducted the undercover sting resulting in charges being filed and Luna’s arrest. It is one of a growing number of investigative task forces involved in operations targeting the victimization of youth, and reminds parents to monitor their childen’s activity online.