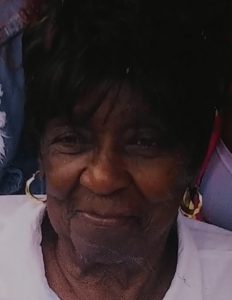 Bessie Lee Sanchez
June 2, 1928 – Sept. 15, 2020
Bessie Lee “Madea” Magee Sanchez, 92, of New Orleans, died Sept. 15, 2020, at University Medical Center in New Orleans.
She was the daughter of the late John Ethan Magee and the late Freddie Wilson Magee. Early in life she married the late Wallace Young and to that union they became parents to the late Johnny Alton Young and the late Gloria Jean Young Hines. Later in life she married Alvin Sanchez.
She was an active member of Mt. Kindom MB Church until the decline of her health. She had a passion for cooking and was also a great caregiver.
Mrs. Sanchez was preceded in death by her siblings Louvenia, Cleveland, Earnestine, Verlee, Excell, Hilbert, Eldra, and John Jr. Survivors are 11 grandchildren, great grandchildren, and great-great grandchildren.
A homegoing celebration was at the Mt. Kingdom Baptist Church in New Orleans Sept. 26, 2020. A graveside service was Sept. 26, 2020, at Mt. Moriah Cemetery in Tylertown.
Washington Funeral Home was in charge of the arrangements.