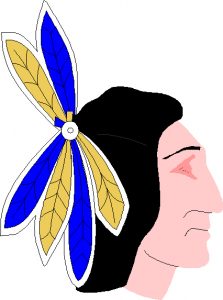 The Tylertown Lady Chiefs volleyball team made the Class 3A first round playoff spot, playing six regular season games as some schools cancelled the season due to COVID.
THS lost 3-0 to Yazoo County in the 3A playoffs Oct. 13, their last match of the season, ending up with a 2-4 regular season record, 2-5 including the playoff loss.
The Lady Chiefs two wins came against Franklin County, the only team beside Tylertown that remained active in the district after the Mississippi High School Activities Assn. allowed schools to opt out of the season.
As a result, the Lady Chiefs’ finished the season undefeated in district play.
The Lady Chiefs recorded two losses to Lumberton going 1-3 in the first series of four games on Sept. 8, and 1-3 in the second series of four games played Sept. 21.
Lawrence County also handed the Lady Chiefs two defeats in the two series played between the two schools. No scoring breakdown of the sets was available.
Neither Lumberton or Lawrence County play in the Chiefs’ district.
Originally, the season called for home and away series to be played with Wesson, Bogue Chitto, Hazlehurt and Port Gibson, but the four schools called off their games because of the coronavirus pandemic.