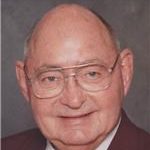 Hal Ginn
July 7, 1935 – Nov. 11, 2020
Col. Hal Gatewood Ginn (Ret) U.S. Army died Nov. 11, 2020. He was born in July 7, 1935 in Tylertown to H. Earl Ginn and Erma D. Ginn. He was a graduate of Tylertown High School and earned a bachelor’s degree in chemical engineering from Mississippi State University.
He was commissioned into the Army in 1957 and served in various training, command and staff positions and as commander of the 4157 Army Reserve School. He retired as Colonel in 1987 after 32 years of service which included two years of extended active duty. He was awarded two Meritorious Service Awards.
He was employed by Mobil Oil Corp. for two years before he joined Copolymer Rubber and Chemical Corp. in Baton Rouge in 1960. He served in a variety of engineering, technical, environmental, and managerial positions before retiring in 2000 as vice president of manufacturing for DSM Copolymer. He served on the board of the Louisiana Chemical Assn. including one year as chairman. He also served five years as chairman of the Greater Baton Rouge Industry Alliance. The Hal G. Ginn Safety Excellence Award is awarded annually by GBRIA to nominees for the best overall safety performance.
After retirement, he volunteered for Red Cross and Habitat for Humanity and sang in the Baton Rouge Music Club Chorus. He served his country, community and church for many years. He was a faithful member of The Jefferson United Methodist Church for 50 years.
He is survived by his wife of 59 years Patricia Ginn; three children, Holly Gonzales, Hal Tyler Ginn and wife Jennifer Ginn, and Thad Ginn all from Baton Rouge; his grandchildren, James Head and wife Tina, Douglas Whitehead, Christine Whitehead, Garrett Gonzales, Haley Ginn, Ava Ginn; and his great grandchild Sloane Head, all of Baton Rouge.
Due to coronavirus concerns, a memorial service will be held at Jefferson United Methodist Church at a later date. In lieu of flowers, contributions can be made to Jefferson United Methodist Church, St Jude Hospital, Habitat for Humanity or Red Cross.