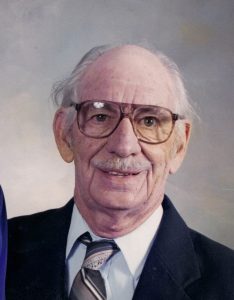 Fred Clark
April 21, 1930 – Dec. 4, 2020
Fred Ray Clark, 90, died Dec. 4, 2020, at Baptist Hospital in Jackson. Fred was born to Albert Leonard Clark Sr. and Margie Tyson Clark on April 21, 1930, in Wortham, TX. Clark was the youngest of 11 children, all of whom have pre-deceased him.
When he was a young child, the family moved back to Mississippi where they had previously lived, settling in the Forrest Hill area of Hinds County. He spent his early years helping out on the family farm and attending Forrest Hill school.
After high school, Clark spent a short time honing his cooking skills while working as a short order cook. After that, he joined the U.S. Air Force and served overseas during the Korean Conflict, rising to the rank of Sergeant. While still in the service and based at Fallen, Kan., he married his childhood sweetheart Alice Ann Moore. They remained married for 66 years until the time of her death in August 2020.
After his time in the service, Clark landed a job at the new aerospace hydraulics plant, Vickers AMD in Jackson. He enjoyed a 33 year career there, working first as a machinist and then as an inspector, from 1956 until his retirement in 1989. During his career at Vickers, he was not only known for his fine inspection work on the SR-71 spy plane hydraulic pumps, but also for his unofficial role as a cartoonist.
Clark was a man of many interests and hobbies, including art, sports, bee-keeping, hunting, fishing, gardening, reading, and dancing with the Good Timers Senior Citizen’s band.. During his mid-life, he studied art under some of Canton’s very talented artists including Inez Wallace and Frances Simpson. He was one of the early exhibitors at the Canton Flea market in the 1960’s when it mainly consisted of paintings hanging on the wrought iron fence surrounding the court house.
He enjoyed sports, having played football himself in high school. Clark especially enjoyed supporting his three sons all the way through high school in football, basketball, baseball and track. He even coached little league baseball teams in the Madison-Ridgeland league in the late 1960’s.
Perhaps his favorite hobby was hunting. He spent untold hours in the woods hunting the old-fashioned way, and never once hunted out of a tree stand. He was physically able to hunt to an advanced age, taking his best trophy buck at the age of 70 and still shooting the limit of doves at age 80.
He was an excellent gardener and taught his skills to his children, some of whom still enjoy gardening to this day. His old garden is still active today in the Lone Pine community outside Canton. His love of the earth and nature will never be forgotten by his surviving children: Laura (Matt), Sam (Carrie), Ben (Betsy), and Tom (Jackie). He is also survived by too many grandchildren and great-grandchildren to name.
Breeland Funeral home in Canton is handling all arrangements, burial at Lakewood South Cemetery. In lieu of flowers, the family requests that a donation be made to the Methodist Children’s Home.