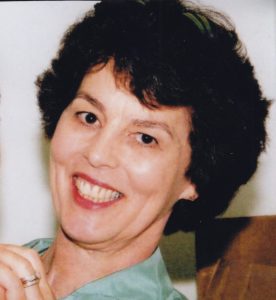 Bonnie Hoffpauir Wright
Funeral services for Bonnie Hoffpauir Wright, 77, of Covington, La., were Dec. 30, 2020, atEbenezer Nazarene Church, Indian Bayou, La.
She died Dec. 24, at the Trace in Mandeville, La.
Daughter of the late Robert Carl Hoffpauir and Bernice Hoffpauir Crawford, she was born in Crowley, La., and spent her younger years in Rayne, La.
She moved to Tylertown in 1952, graduating from Tylertown High School. After moving to New Orleans, she married the late Melvin H. Wright.
She is survived by a son and his wife, Kenneth Melvin and Michelle Wright; two grandchildren, Nicholas and Kaitlin; sisters, Ann Prescott and Connie Crawford Dunlap of Tylertown; stepsisters, Gail C. Garner of Hot Springs, Ark., and Sue Crawford Meacham of Silver Hill, Ala. In addition to her parents and husband, she was preceded in death by a brother, Robert (Bobby) Hoffpauir.