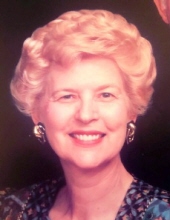 Glendon Welch
Dec. 25, 1937 – March 29, 2021
Glendon Johnson Welch died March 29, 2021, at St. Dominic Jackson Memorial Hospital. She was 83.
A native of Tylertown, and born on Christmas Day 1937, she was the daughter of the late James Clifton Johnson and Ernestine Dillon Johnson. As an infant, her mother would place her in a basket as the family worked the cotton fields. She attended Lexie Baptist Church for many years with her parents and brother.
Mrs. Welch was a graduate of the University of Southern Mississippi where she received her bachelor’s degree in education and was a member of Phi Mu Sorority. She married Lonnie Welch in 1958 and they made their home in Jackson. They became members of Woodland Hills Baptist Church in 1962. She served as education secretary and the pastor’s secretary for over 40 years.
She is survived by her husband of 63 years, Lonnie Welch, of Jackson; daughter, Michelle Welch Wallace, of Madison; grandsons, John Lindley Marshall III, of Memphis and Thomas Denton Wallace, of Jackson; great granddaughter, Camilla Elizabeth Marshall, of Memphis; brother, James “Jim” Johnson (Alice), of Tylertown.
Sebrell Funeral Home in Ridgeland was in charge of the arrangements.