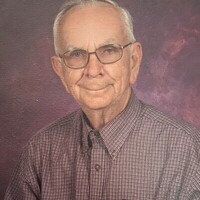 Willie T. Holmes
July 27, 1931 – March 31, 2021
Graveside services for Willie T. Holmes were April 5, 2021, from Herbert Cemetery with Rev. Hal Selby officiating. Holmes, 89, of Starkville, died March 31, 2021 at his home.
He was born in Tylertown and was a resident of Starkville for 60 years. He was a graduate of Lexie High School. He then served in the U.S. Army during the Korean conflict. After his Army service he graduated from Southwest Jr. College and Mississippi State University in the Co-Op program. He was employed as a civil engineer with Corp. of Engineers for several years, then started work with Calvert-Spradling Engineers until his retirement. He loved being outdoors and caring for his dog Blackie. Holmes was a member of Adaton Baptist Church in Starkville.
Survivors include his wife, Mary Holmes; sisters, Janie Ellen Holmes and Julia Levicie Holmes.
He was preceded in death by parents, James and Nettie Holmes; sisters, Myrtis Marie Nettles and Altie Irene Holmes; brother, James Carey Holmes.
McClain-Hays Funeral Service in Philadelphia was in charge of the arrangements.