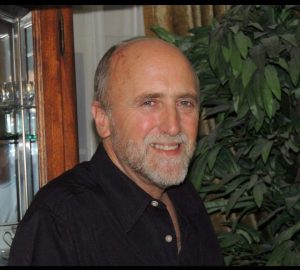 Scott East
Sept. 15, 1957 – May 12, 2021
Memorial services for Charles Scott East, 63, of Tylertown, will be held Saturday, May 29, 2021, from 11AM – 1PM at Calvary Temple Pentecostal Church, 241 Old Hwy 98 East, Tylertown.
East died May 12, 2021. He was born Sept. 15, 1957, in Baton Rouge to the late Gloria and Charles East. Along with his parents he is also preceded in death by his sister Sherri Stelly.
Survivors include his wife of 18 years Renee’ East; daughters Chloe (Stephen) Mahaffey and Ariel (Jordan Wallace) East; stepdaughter Mallori (Gregory) Siler; stepson Brock (Micaela) Andrus; grandchildren Daniel Mahaffey, Freya Wallace, Jackson Siler, Landon Siler, Benjamin Siler, Brenda Siler, and baby to be Elijah Andrus; brother Dr. David (Jacki) East.
East was a member of the Sons of the American Revolution. He was an avid cyclist in his younger years, a world traveler, and enjoyed history. He worked for Weatherford Oil Co. starting in 1970 until 2002 in West Africa, then in Dubai from 2006-2008 as product line manager, and lastly in Saudi Arabia from 2009- 2019 as a general manager. He started a Mardi Gras festival in Saudi Arabia when he worked in that region and was known as the Mardi Gras King. East “the coffee guy” was a co-owner of the Lagniappe Coffee Shop where he shared his love for Lavazza coffee.
Hartman Hughes Funeral Home was in charge of the arrangements. Family and friends may sign an online guestbook at www.hartmanhughesfuneralhome.com