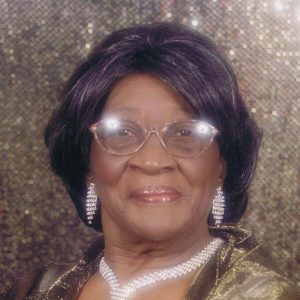 Celestine Cowart
March 4, 1926 – June 30, 2021
Celestine Cowart, 95 of Jayess, died June 30, 2021 at her residence after a brief illness. She was born in Walthall County March 4, 1926, to the late Callie and Elnora Smith Harness.
Funeral services for Mrs. Cowart were held July 10, 2021, Saturday at West Holy Hill COGIC in Jayess, Eld. Terry Bridges officiating, with interment in the Harness-Cowart Estate Cemetery, Jayess.
She professed her love for Christ at an early age, where she attended Spring Beulah Church of Christ Holiness. She later joined West Holy Hill Church of God on Christ serving as a church mother until her health failed. She was married to L. D. Cowart and to this union a daughter was born; completing her family along with her two sons. She later moved to New Orleans where she was an employee of K&B Pharmacy for years. She later returned to Jayess to care for her parents. She continued to do her farming duties in order to provide for her family.
Mrs. Cowart was preceded in death by her husband, L.D. Cowart; one son, Willie Earl Harness; one daughter, Virginia Cowart Walker; three brothers, Callie (Lee Alton) Harness, Jewel E. Harness and C.L. Harness; two sisters, Ethelean Harness Harris and Willie B. Harness Washington.
Survivors are one son, Robert Earl Harness; a granddaughter that she reared as her own, Kimberly Cowart; a great grandson (her baby boy), Derek L. Cowart; 11 grandchildren; 16 great grandchildren; a very special nieces, Mary Harris Davis; a very special cousin, Cliteal Harness Carter.
Craft-Ginn Funeral Chapel was in charge of the arrangements. Share online condolences at www.craftfuneralhome.org.