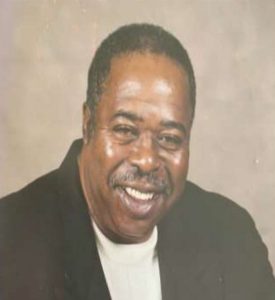 Robert Culver
Aug. 21, 1948 – Aug. 2, 2021
Robert James Culver was born on Aug. 21, 1948, to the late Robert Watson Culver and Myra Hazel Thomas Culver in Brookhaven. He died Aug. 2, 2021, at his home. He was primarily raised by his grandparents George and Louvenia Thomas which resulted in him spending lots of time between Brookhaven and Chicago, Ill.
He attended Progress Elementary School, Eva Harris High School and Jackson State University. He married the late Bernice Bridges in 1972 and to this union two children were born. He was baptized at an early age at Zion A.M.E Church. While in Tylertown he united with East Sunny Hill Missionary Baptist Church. After returning to Brookhaven, he joined New Vision Fellowhip Church.
Culver spent a large portion of his working career at Marling Drilling Co. Later he was employed by Walmart Distribution Center and retired in 2012. He also had a talent for auto mechanics, a skill that was passed on to his sons. He loved to tell jokes and enjoyed games of cards, whether it was bid, bid whiz or spades.
In addition to his parents, he was preceded in death by his grandparents George Thomas and Louvenia Griggs, Emanuel Culver and Irma Smith; and nephew, Nicholas Ryan Culver.
Survivors are two sons: Daryl (Stacy) Culver of Tylertown, Jermain Culver of Gulfport; grandchildren Diamond, KJ, Serayah, Steve and A.J.; one brother Charles Culver; nephew, Anthony Marshall Culver (Jessica Hill); special cousin, Hazel Alexander; a longtime friend, Burnie Smith.
A graveside service was held at Zion Chapel AME Church cemetery in Caseyville in Lincoln County, Rev. Emma Scott officiating and Patricia Williams McGill of Williams Mortuary rendered the eulogy.
Williams Mortuary of Brookhaven was in charge of the arrangements.