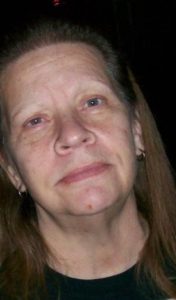 Margie Turner
Jan. 28, 1958 – Oct. 18, 2021
Margaret Turner, 63, died Oct. 18, 2021. She was born Jan. 28, 1958, in Los Angeles, Calif.
She was third born of six children. She met her best friend Ludwig on June 28, 1986, in Milwaukee WI, and they decided to start a family.
She worked at Citgo and casinos while living in Wisconsin and Nevada. After moving to Louisiana in 2003 she started working at Racetrac in 2004 and remained there until 2015 when her health starting to decline more and could no longer work. Margaret enjoyed music, movies and spending time with family and friends.
Survivors are her husband Ludwig Heller of Tylertown; their children Kelsey Turner of Pennsylvania, Ashley Heller of Tylertown, L.J (Tenia) Heller of Hammond, and Dakota Christiansen and Eric Turner both of Tylertown; her grandchildren Marcus, Mikayla, Autum Sophia and Aviana; siblings Robert Turner of Redding, CA, Hope Turner of Linda California, April Turner of Evergreen Colorado and Jason Turner of Denver Colo.
She was preceded in death by her mother Barbara Turner, brother Steven Turner, father-in-law Jim Williams, granddaughter Autum Rayne.
Washington Funeral Home was in charge of the arrangements.