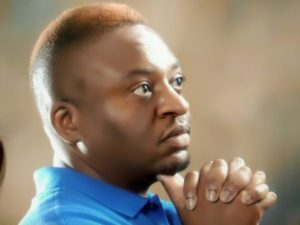 James Brock
Nov. 9, 1975 – Nov. 2, 2021
James Brock, 46, of New Orleans, died at Tulane Medical Center in New Orleans Nov. 2, 2021. Brock was born Nov. 9, 1974, in New Orleans.
He was quiet until one got him warmed up to talk. After that there was no stopping him. He enjoyed baking cakes for holidays, shopping for shoes and clothes and spending hours on the phone with customer care agents asking to speak with their manager.
Brock completed three years of college at the University of New Orleans. After that he worked for Lil Boudreuax and eventually for New Orleans Hamburger and Seafood with whom he worked for 20 years.
He was a member of New Birth Missionary Baptist Church his entire life.
He was preceded in death by his grandparents, Rosie Lee and Prince Bridges, O.C. and Leuese Brock and one brother, Charles “Ike” Brock.
Survivors are his parents, Robert and Mary Brock; two sisters, Tenisha Brock-Jefferson and Monica Brock; two brothers, Medgar and Demetrius Brock; two sisters-in-law, Linda and Marissa Brock; one brother-in-law, Kendrick Jefferson; three nieces, Kailin, Imani and Jacqueline Brock; three nephews, Jachai Lazarus, Charles and Cole Brock; two God-sisters, Rachel Perkins and Brianna Smith; one God-brother, Jessie Ratliff Jr.; and one dog, Ginger.
A funeral service was Nov. 12, 2021, at New Birth MBC in New Orleans, Rev. Clinton Dillon officiating, interment in Magee Cemetery.
Craft-Ginn Funeral Chapel was in charge of the arrangements. Share online condolences at www.craftfuneralhome.org