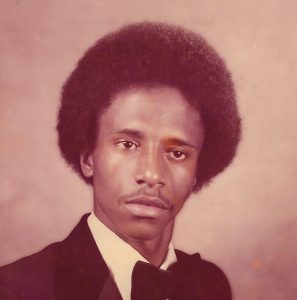 Kelvin Yarborough
Dec. 24, 1958 – Dec. 27, 2021
Kelvin Yarborough, 63, died Dec. 27, 2021, at his residence in Tylertown
Yarborough was born Dec. 24, 1958, in New Orleans to Cleveland Yarborough and Florean Robinson Yarborough.
At a young age, he was enrolled in Mississippi School for the Deaf, where he resided on campus in a dormitory. There, he learned many skills that helped throughout his life. In order to communicate with him, his family endeavored to learn sign language. His brother, James, excelled and communicated with him best. After graduating, Kelvin held several jobs in the Jackson area. These included Sara Lee Bakery and Jenkins Trucking, just to name a few. His past employers spoke highly of his work ethic and dedication.
He spent the majority of his life in Jackson and Braxton. He moved back home to Tylertown in 2016 and remained until his death.
In addition to his parents, he was preceded in death by one brother, Paul Edward Yarborough.
Survivors are five brothers, Clarence Yarborough (Myre) of Gaithersburg, MD, George Yarborough (Yang) of Settle, Washington, Clyde Yarborough (Kimberly) of Bettendorf, IA, James Yarborough (Joyce) of Fayetteville, NC, and Darrell Yarborough (Tonya) of Columbia, SC; five sisters Dora Magee (Lamar) of Chicago, IL; Pearline Downs (Curtis), Dorothy Yarborough, Rose Magee (Charles), Jackie Harness (Douglas) all of Tylertown.
A graveside service was Jan. 8, 2022, in the St. Paul Church Cemetery, Tylertown.
Craft-Ginn Funeral Chapel was in charge of the arrangements. Share your condolences with the family at www.craftfuneralhome.org.