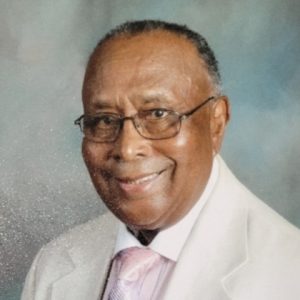 Robert Dillon
Nov. 28, 1928 – Dec. 15, 2021
Robert Toney Dillon was born Nov. 28, 1928, to the late Willie and Linnie (Travis) Dillon in Tylertown. He died at his residence Dec. 15, 2021. He was raised and was always finding things to do and getting into trouble.
During his school years, he drove the school bus. Dillon joined the U.S. Army in December 1950 during the Korean Conflict and was honorably discharged in May of 1954. In August of 1957, he started his career with Greyhound Line Transportation Co. as an express clerk working in Vallejo, CA, Redding, CA, Reno, NV, and Sacramento, CA, where he retired after 56 years of service.
In June 1980, he met and married Lizzie Pearl Wilson. He enjoyed maintaining the yard, gardening and fishing.
He joined Philadelphia Church of God in Christ under the leadership of the late Emeritus Supt. Aubrey Dan Parker. He was a deacon, Sunday School superintendent, church custodian and often kept the lawn manicured and church grounds cleaned. His favorite song was “Glory, Glory Hallelujah, Since I Laid My Burdens Down.”
In addition to his parents, he was also preceded in death by his first wife, Mamie; a brother, Quincy Rudolph Dillon Sr.; a sister, Oralean Ryan; a sister-in-law, Vinetta Dillon; and brothers-in-law, Alque Ryan, Willie Craft, and Aubrey Dan Parker.
Survivors are his wife of 41 years, Lizzie Pearl Wilson Dillon; daughters, Janice Pittman, Mt. Olive, Jaunicka (Jerome) Selman, McComb; sons Dwight Wilson, Sacramento, and Gene (Debbie) Wilson, Vallejo, CA; sisters, Violene Craft, Flora Lee Parker, Elnora (Leon) Owens.
Morgan Jones Funeral Home of Sacramento, CA, was in charge of the arrangements.