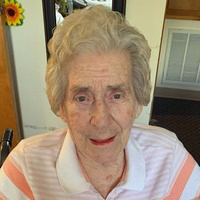 Jessica Corman
June 5, 1925 – Jan. 24, 2022
Graveside memorial services for Jessica Corman, 96, will be will be held at a later date.
She died Jan. 24, 2022, at McComb.
She was born June 5, 1925 in Amite, La., to the late Edgar and Jessie Myers. She was also preceded in death by her husband Jesse “Roy” Corman, Jr.; brothers Edgar Myers, Jr and John W. Myers; sisters Marie Clement and Marguerite Tyler; and two nephews.
Mrs. Corman was the first female graduate of Mississippi State University’s College of Agriculture and Life Science in 1949. After receiving her bachelor’s degree, she returned to Amite, La., to help her mother operate a florist, Myers House of Flowers.
On Jan. 1, 1952, she became a resident of Walthall County when she married the love of her life Roy Corman. She used her horticulture degree as co-owner of Roy’s Greenhouses for over 50 years, specializing in chrysanthemums, roses, and poinsettias. She added a crop of tomatoes each year in early spring to sell to the community on a self-serve basis. She was a talented floral designer, giving demonstrations at florist conventions while in her 20s. She and husband Roy participated in and won many Christmas decorating contests. They were generous in donating their time, talents, flowers and plants for community and school events.
Mrs. Corman’s business was destroyed by Hurricane Katrina when she was 80, forcing her into retirement. She moved to Colorado where her daughter Cindy lived. They enjoyed weekly lunch outings at Popeye’s. After about six years there she moved back to her beloved Mississippi.
She was also an avid bridge player, learning to play at the age of five, as the 4th player at her mother’s bridge table. She played regularly with various groups in Walthall and Pike Counties and in Colorado Springs.
She was a member of Tylertown Baptist Church, former president of Tylertown Garden Guild, and a Girl Scout Leader. She didn’t hesitate to express her opinion, sometimes without being asked! She enjoyed reading stories to and reciting old nursery rhymes to her children and grandchildren. As her memory declined and the years went by two of her favorite sayings were: “It’s bad to get old!” and “Keep calm and carry on”.
Survivors include her children Cynthia Krigbaum (Clark) of Broken Arrow, OK, Michael Corman (Sue) of Tylertown, and Angela Upton (Kenneth) of Kokomo; seven grandchildren; six great grandchildren; one nephew; and four nieces.
Hartman Hughes Funeral Home is in charge of the arrangements. Family and friends may sign an online guestbook at www.hartmanhughesfuneralhome.com