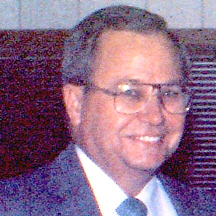 Wayne Cooper
July 29, 1939 – May 27, 2022
Alton Wayne Cooper, 82, of Tylertown, died May 27, 2022, at his residence. He was born July 29, 1939, in Delta City.
Cooper was a member of the U.S. Army. In 1961 he graduated from the University of Southern Mississippi with a bachelor’s degree in business. His first and only job was with Tyler Tools in Tylertown where he worked for 43 years until his retirement. He was a fisherman, avid outdoorsman, and all-around lover of life.
He was preceded in death by his parents Alton Cooper and Laura Westbrook Cooper.
Survivors include his wife of 35 years Myrtle Bowlin Cooper; son Buddy Sanders (Edward Sullivan); sister Jean Ivy.
Hartman Hughes Funeral Home was in charge of arrangements. An online guestbook may be signed at www.hartmanhughesfuneralhome.com