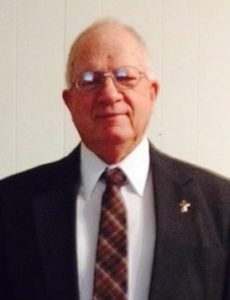 Everette Huhn
Aug. 25, 1946 – June 15, 2022
SSGT Everette Earl Huhn (MSARNG Retired), 75, of Sumrall, died June 15, 2022, at Forrest General Hospital. He was born Aug. 25, 1946, in Tylertown, the second of five children to Roy and Juanita (Mulford) Huhn.
Huhn grew up outside Tylertown in rural Walthall County and enjoyed the country life. He liked the outdoors, playing baseball, fishing and traveling.
He met Nelda Rushing and they were married in 1968 and made their home in Tylertown for several years.
Huhn worked a couple of jobs here and there while serving in the Army National Guard, eventually securing a state position with Pat Harrison Waterway District. He was the ranger at Flint Creek Water Park for a few years before becoming the park manager at Bogue Chitto. He retired from the Army National Guard in 2006 and retired from the state a couple years later.
Along the way, he found time to attend New Orleans Baptist Theological Seminary and obtained a degree in church music. Over the years, he has served several churches around Southwestern Mississippi, including Shiloh, Lexie, West McComb, Locust Street, and others.
He was preceded by his parents, Roy and Juanita Huhn, and his brother James; his daughter-in-law Michelle Huhn, one sister-in-law Drexell Huhn and a brother-in-law, Chris Graves.
Survivors are his wife Nelda, and son Shawn Huhn, both of Sumrall, and son Craig (Reshea) Huhn of Columbia; his sister, Linda Faye Huhn Graves, also of Sumrall, and brothers Roy Gene Huhn of Tylertown and Van Huhn of McComb; grandchildren: Monica, Autumn, and Ashton (Chasity) Huhn; one great grandchild, Anna Claire Huhn.
Services were June 18, 2022, at Oral Baptist Church, with Pastor Johnny Martin officiating, burial in the church cemetery with full military honors.
Trinity Funeral Services in Lumberton was in charge of the arrangements.