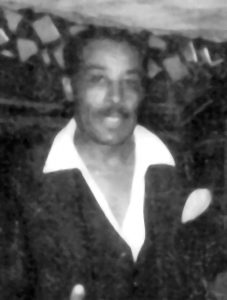 Clyde Magee
Feb. 22, 1921 – June 12, 2022
Clyde Zebdee Magee, 101, of New Orleans, native of Tylertown, died at his residence June 12, 2022, after a brief illness. He was born Feb. 22, 1921, in Tylertown, to the late Eugene and Miminie Magee.
He was married to Evelyn Lewis Magee for 79 years. To this union nine children were born.
After relocating to New Orleans, he established a successful business, Magee and Sons Wrecking and Salvage Industry. He later established a real estate business throughout Louisiana and Mississippi. He also provided rental housing for lower ninth communities in New Orleans and Slidell.
Magee will be remembered as an advisor to many who sought him out for advice on how to succeed in business. In addition to his work, he loved old antique cars. He was also known for an astounding range of knowledge on a vast array of topics. He was active at Magee and Sons Wrecking Yard and remained active 101 years old, retiring only through death.
He was a member of Galilee Church of God in Christ in New Orleans.
In addition to his parents, he was preceded in death by his wife, Evelyn Lewis Magee; his sister Linda Wilson, two sons, Malcolm and Randolph Magee; three grandchildren, Sherrie Johnson, Shelton Jr., and Trina Magee; two great-great grandchildren David Jr. and Chris Magee.
Survivors are seven children, Shelton of New Orleans, Zebdee Jr. (Lorraine) of Chicago, IL, Curry (Kathy) of New Orleans, Quentella (Alvin) of New Orleans, Linda of New Orleans, Willene (Emmanuel) of Stone Mountain, GA; 25 grandchildren, 51 great grandchildren; 16 great-great grandchildren.
Funeral services were June 24, 2022, at Craft-Dillon-Ginn Funeral Chapel, interment at Magee Cemetery, pastor Floyd Dixon officiating.
Craft-Dillon-Ginn Funeral Chapel was in charge. Share online condolences at www.craftdillonfuneralhome.org