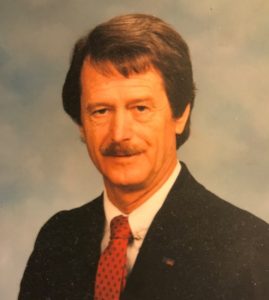 William Branch
Dec. 12, 1932 – Sept. 8, 2022
William (Bill) Branch, 89, died Sept. 8, 2022. He was born in Tylertown to Enos and Ruth Branch (deceased). He is survived by his four siblings, Elaine (Jim) Bishop of Tylertown; Ann (Lester) Thomas of Sandy Hook; Emelda Lott of Tylertown; and Oscar (Bev) Branch of Brandon.
He is survived by his wife of 46 years Carol (Ree) Branch, his five children, and eight grandchildren. His oldest child Tony (Mike) Branch of Kingston, WA; Lisa (Rob) Hardin and their children Erin and Tyler of Gainesville, FL; Angela (Eric) Wackowski and their children Andrew and Anna of Kingsport, TN; John (Melissa) Branch and their children Noah, Averie, and Ella of Austin, TX; Charles Branch and his daughter Raelynn of Kingsport, TN.
In his early life he was the oldest of five on a farm in rural Mississippi, the son of a Baptist preacher, and the lead guitarist of a band. He became an Air force Korean War vet, then went on to be an Air Traffic Controller and became the Chief ATC out of Fort Myers, FL, Jackson, and Kingsport, TN. He was the mayor of his town in Pelahatchie, and was even in an article about the Bermuda Triangle in the National Enquirer in 1979. He moved from his aviation career to become a realtor and builder. He then finished his career flipping a total of 44 houses with his wife Ree.
Bill was an active member of both Colonial Heights Baptist Church in Kingsport, TN and Westside Baptist Church in Gainesville, FL.
The Branch family gathered to greet friends and share memories on Sept. 17, 2022, in the Chapel of East Lawn Funeral Home. A funeral service was at 2 pm with Ricky Reed officiating. Committal service and interment will follow the funeral in the Garden of the Mausoleum in East Lawn Memorial Park.