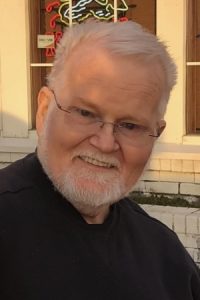 Dr. Kent Kyzar
May 6, 1953 – Oct. 14, 2022
Services for Dr. Kent Como Kyzar, 69, of Ruth, were Oct. 17, 2022, at Riverwood Family Funeral Home in Brookhaven, interment at Topisaw Baptist Church Cemetery.
Kyzar died Oct. 14, 2022. He was born May 6, 1953, in Brookhaven, to the late Issac Delton (I.D.) Kyzar, Jr. and Helen Smith Kyzar.
Dr. Kyzar was a family medical specialist in Tylertown and had 38 years of experience in the medical field. He was affiliated with Walthall General Hospital.
During his years of practice, his patients referred to him as a kind, caring, and compassionate physician. His colleagues said he was skillful in the science of medical practice and understood the art of medicine dealing with each patient.
He loved to fish in his younger years. He had a love for music, enjoyed playing the guitar and interacting with his friends in the Vinyl Chambers Group. Some referred to him as a ZZ Doc.
He was a Mason in good standing with the Topisaw Lodge 413.
He mastered several languages, including Japanese and German and enjoyed traveling to Japan with his children to explore their culture and cuisine.
He graduated from Brookhaven Academy, later attending Millsaps College and Mississippi State University. He later studied at the University of Mississippi Medical Center and acquired a doctorate of medicine in 1984, moving to Macon, GA, for his residency. He moved to Yazoo City soon afterwards, working in the private practice for several years, and moved back to Brookhaven to raise his children and worked at several health clinics in the area.
Dr. Kent is survived by his son, Michael Kent Kyzar; daughter: Kelly Jo Kyzar and sister, Penny (Kevin) Hodges.
Riverwood Family Funeral Service in Brookhaven was in charge of the arrangements.