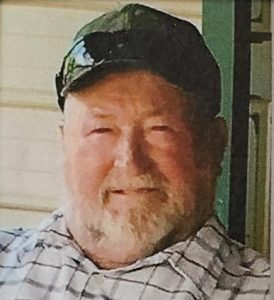 Carl Ponders
Sept. 8, l937 – Oct. 31, 2022
Wylie Carl Ponders, 85, died Oct. 31, 2022, at his home in the Union Community south of Plantersville after a brief illness. Ponders was born in Lee County Sept. 8, l937. He was the son of the late Eldridge Ponders and Nora Dillard Ponders.
He married Virginia Smithey May 15, l958. He was a roofer many years and a master heavy equipment operator. He worked over 25 years with the Tupelo Public Works Dept. He was a practical jokester and picked on everyone equally. He was not afraid to speak his mind and often said, “don’t ask if you don’t want to know.” He enjoyed the outdoors and hunting in his younger days and retired to his country garden and its produce. He and his wife were members of the Center Hill Baptist Church.
A service celebrating his life was Nov. 2, 2022, at the Sadie Holland Memorial Chapel at Holland Funeral Directors-Tupelo with Steve Holland and Kenny McGill officiating, burial in the Union Cemetery south of Plantersville.
Carl is survived by his wife of 64 years; Virginia; a daughter, Teresah Ponders Caire (Albert) of Tylertown; three sons, Gene Ponders of Brewer and Randle and Johnny Ponders both of Plantersville; his grandchildren, James Caire (Claire) and Jason Caire (Jennifer); four great grandchildren, Jillian, Sawyer, Jana and Jacob Caire.
He was preceded in death by his parents, Eldridge and Nora Ponders, an infant daughter, Cynthia Ann Ponders ; one brother, James Ponders and three sisters, Joanne Morgan (Ponders) Ruth Johnson (Ponders) and Mary Opal Ponders.
Pallbearers were James and Jason Caire, Colin Ponders, Allen Seymore, Bobby and Barry Ellis.
Honorary pallbearers were Fred Lee, Mitch Smith, James “Jiggs” Matthews and past and present employees of Tupelo Public Works Dept.
Holland Funeral Directors-Tupelo was in charge of the arrangements.