David Fetter
Dec. 19, 1931 – Nov. 13, 2022
Leonard David Fetter of Tylertown and Baton Rouge, LA, died Nov. 13, 2022, in Baton Rouge. He was born Dec. 19, 1931 in Boonville, IN.
Fetter served in the U.S. Army. He was stationed in Japan when the Korean War began and served on the front lines for 17 months. During that time he was held captive, but then escaped. He was honorably discharged upon return to the U.S. where he went on to become a race car driver in Indiana. He later moved to Baton Rouge to further his education and career goals as a mechanic. He enjoyed rebuilding old tractors in his retirement years.
Survivors are his wife of nearly 29 years, Peggy Terrell Fetter; three children; three stepchildren; three grandchildren; four great grandchildren; one sister. Also survived by Peggy’s children and grandchildren.
He was preceded in death by his parents, Leonard Elmer Fetter and Nettie Mae Garrison and nine siblings.
In lieu of flowers, donations in David’s memory to a charity that supports Veterans would be appreciated.
There was a graveside ceremony at Greenoaks Funeral Home and Memorial Park, Baton Rouge, Nov. 16, 2022. 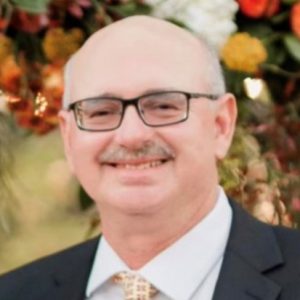