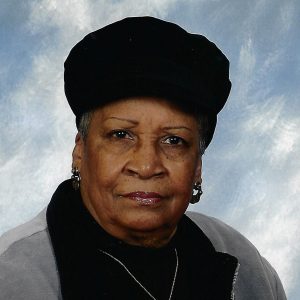 Ada Sellers
May 16, 1932 – Nov. 19, 2022
Ada Sellers, 90, of Katie, TX, died Nov. 19, 2022. She was born May 16, 1932, in Marion County to the late Horace Foxworth and Helen Crook Foxworth.
On Aug. 16, 1952, she married Waler Lee Sellers and they had three children. In 1959 they moved to Portland, Oreg. She worked at Owels Ill. for over 20 years. She was a part of The Ebony Social Club and Bonco Club. In 1960 she joined Allen Temple AME where she remained an active member. In 2013 she moved to Katy, Tex., to be near family.
She was known for her culinary skills and her sewing. She was a homemaker that liked to decorate. She also enjoyed traveling to New Orleans to spend time with various family members.
In addition to her parents, she was preceded in death by her siblings, Trueveen, Vada (twin) I.V., and Lenola; and a daughter-in-law, Barbara Sellers.
Survivors are her husband of 70 years, Walter Lee Sellers Sr.; three children, Walter Lee Sellers Jr., Debra Sellers and Diane Sellers; two grandchildren, Nioca Stokes (Jonathan) and June Powell (William); four great grandchildren, Taylor and Ryan Stokes, Shantell Boxley, Brianna Powell; great great grandchild, Londyn Powell.
Funeral services were Dec. 3, 2022, at Craft-Dillon-Ginn Funeral Chapel, Eld. Walter L. Sellers, Sr. officiating.
Craft-Dillon-Ginn Funeral Chapel was in charge of the arrangements. Share online condolences at www.craftdillonfuneralhome.org.