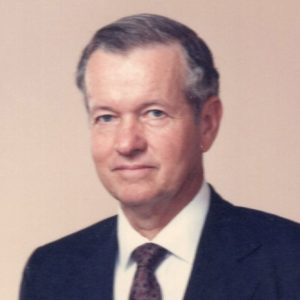 Rev. Glenn Martin
Aug. 4, 1935 – Dec. 13, 2022
Services for Rev. M. Glenn Martin were Dec. 17, 2022, at First United Methodist Church Brookhaven, interment at Felders Campground Cemetery.
Martin was born in Jayess Aug. 4, 1935, to Enoch Martin and Ada McEwen Martin. He died Dec. 13, 2022, at Kings Daughters Hospital in Brookhaven. He was a graduate of Carter’s Creek High School in Walthall County and earned a bachelor’s degree in agriculture from Mississippi State University.
While working with the Federal Soil Conservation Service in Tupelo, he met and married Patricia Winders in 1958. Shortly after their marriage, he began serving as interim pastorate in Crosby which also included Mt. Vernon United Methodist Church.
He acquired his master of divinity degree at Emory University Candler School of Theology. Afterward he returned to the South Mississippi Conference of the United Methodist Church to serve six more churches until 1990 when he became associate executive director of Lake Junaluska Assembly in North Carolina.
Survivors are his wife of 64 years, Pat, and his children, Cinda (John) Henderson, Mark and Jonathan; grandchildren Dr Austin Henderson, Peyton Henderson, and Mallory Grace Martin.
He was preceded in death by his parents and his siblings, Edna (Eddie) King, Paul (Bonita) Martin, Lamar (Hilda) Martin, Hilda (Jim) Blackwell, and Carl (Jeanine) Martin.
His favorite place was the front porch swing of the house in which he was born and grew up.
His love for missions took him from Mississippi and surrounding states to Jamaica, Dominique, and all the way to West Africa. He spent many hours laboring on Habitat for Humanity homes in Jackson.
Riverwood Family Funeral Service in Brookhaven was in charge of the arrangements.