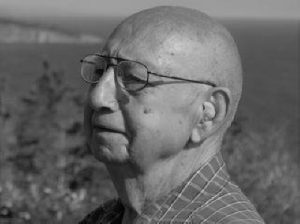 Hilton Brumfield
Jan. 16, 1926 – Aug. 3, 2020
Hilton Watson Brumfield was born in Walthall County Jan. 16, 1926, to Watson and Cora Brumfield. He grew up in Tylertown and graduated early from high school to join the U.S. Navy during the final years of World War II. He saw active duty in California, the South Pacific, and Aleutian Islands.
After World War II he attended the University of Cincinnati graduating with his bachelors degree in mortuary science, while in school he met Marion Byrd Gregory and the two were married on Feb. 21, 1948.
After graduation they moved to Tylertown to start their family. He was incredibly active in his community during his entire life, joining the Masonic Lodge Jan. 1, 1948. During his Masonic career he was made a part of the Knight Commander’s Court of Honor in the Scottish Rite. He was very active in the Shriners and was awarded the Masonic Medal of Honor Nov. 10, 2000.
He strongly believed in helping the next generation of men and supported them by becoming a scout leader. While serving in the Boy Scouts he was awarded the Wood badge and became a member of the Order of the Arrow. In 1963 he moved to Jackson to join the research team of Dr. Fred McDuffie and in 1965 transferred to the Mayo Clinic in Rochester, Minn., with his team where he raised his family. He retired from Wood Veterans Administration Hospital in 1980.
Brumfield died at home August 3, 2020.
He is preceded in death by his wife Marion, daughters Marilyn Norton and Virginia Lea and parents Watson and Cora.
He is survived by his sister Mary McElveen; and five children, Judith Brumfield (John Menke), Jim (Kathy) Brumfield, Greg (Gayle) Brumfield, Ann (Dennis) Noahubi, Pam Brumfield (Ron Iverson); 15 grandchildren, 20 great grandchildren; and eight great great grandchildren.