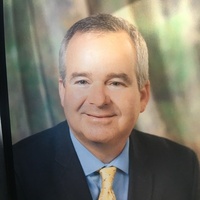 Tim Leonard
Dec. 15, 1965 – Oct. 17, 2020
Timothy Lee “Tim” Leonard, 54 of Summit, died Oct. 17, 2020 at St. Dominic’s Hospital in Jackson.
Graveside services were set for Oct. 20, 2020, at Riverwood Memorial Park in Brookhaven, Dr. Larry LeBlanc officiating.
He was born on Dec. 15, 1965, in Brookhaven to Jewell and Christine Wallace Leonard.
He was a 1983 graduate of Brookhaven Academy. He then attended Mississippi State University where he was a member of the rodeo team as a bull rider. He graduated from MSU with a bachelor’s degree in animal science. Leonard has been a longtime local poultry and cattle farmer. He and his family also owned and operated Cypress Landing Restaurant in Summit. He has served on the board of directors for First South Farm Credit for several years. He was a very active member of CrossFit McComb. Leonard was also a member of First Baptist Church Summit. He officiated MAIS football games.
He was preceded in death by his grandparents.
Survivors include his parents, Jewell and Christine Leonard of Summit; his wife of almost 30 years Glenda Leonard; his children Jessi Leonard Howze and her husband Jared of Hattiesburg; Sara Bradberry and her husband Dante of McComb; Morgan Leonard and Adam Leonard both of Summit; one sister Tina Raybon and her husband Dr. Kelvin Raybon of Virginia.
Pallbearers were Dante Bradberry, Reed Thompson, Joey Wells, Mark Cloud, Mike Cloud and Cliff Covington.
Hartman Jones Funeral Home in McComb was in charge of arrangements.