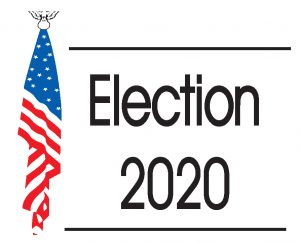 Walthall County made history last Tuesday night with the tabulation of the Nov. 3 voting results from the county’s 20 precincts, legalizing beer and liquor sales in the county by a 3 to 1 margin.
For most county voters the 2020 election is history, however, Nov. 24 fifth district voters will go back to their precints for a runoff between Lloyd Bullock and Billy Bridges.
About 7200 of the county’s registered voters recorded ballots last Tuesday. At about 70% of the county’s just over 10,000 active voters on the books voted, that’s the largest voter turnout recorded in anyone’s memory, and is likely the biggest percentage ever to turn out for a Walthall County election.
County voters also went to the polls to pass two referendums dealing with alcoholic beverages, both passing by a 3-to-1 margin. Voters okayed the sale of liquor in the county for the first time ever, and they approved the sale of beer and wine for the first time in 80 years or more.
Local history buffs say that beer sales were legal for a time–at least in Tylertown–sometime in the 1930s or 1940s and a bar operated on Ball Avenue, across from the courthouse. Apparently, that experiment was short-lived, and few, if anyone today has fist-hand knowledge of the period.
Most older voters can recall an unsuccessful attempt to gather signatures for a petition to legalize beer and liquor that failed for lack of enough signatures, and a move over 40 years ago when the two issues gained enough signatures to be put on the ballot, but failed by wide margins when voters failed to approve the measures.
The alcohol vote, plus heavy local interest in the presidential election are cited as contributing to the record voter turnout in Walthall County.
As for other local races, a couple special elections sparked interest of Walthall voters.
The special election for 4th district school board member ended up with Jerry Lane Holmes, a former justice court judge, handily winning over two other candidates. While the school board race is a high man wins affair, Holmes ended up with a majority, taking about 60% of the total vote over challengers Denise Ainsworth with 24% and Ella Faye Martin with 16%.
The special election for 5th district supervisor saw Lloyd Bullock leading the seven-man field with about 40% of the total. Bullock will be in the runoff Nov. 24 with Billy Bridges, who had 21% of the vote, edging third place finisher Larry Bridges by seven votes. After the addition of 41 countywide affidavit ballots tallied into totals by election commissioners Thursday, Bullock picked up three additional votes, while neither of the Bridgeses got any addition to their total. After the final unofficial results were tallied, Billy Bridges came in second place and Larry Bridges got the third highest number of votes. Based on the unofficial returns Bullock will face Billy Bridges on Nov. 24. Billy Bridges edged Larry Bridges, 21% to 20.5%.
The county’s five election commissioners were unchallenged and won re-election. Zackery Fortenberry was unchallenged for the 5th district school board seat. Incumbent Jeffre Conerly did not seek re-election.
Countians gave their approval to medical marijuana, voting for approval of either of the amendment versions and then voting 75% for Initiative 65. proposed by a petition of voters. A quarter of voters favored the state Legislature’s alternative version of the bill.
Local voters also went along with abolishing the requirement that the vote for governor be tied to a system of electors instead requiring that the office be elected by a majority of state voters.
Local voters also mirrored the state giving 3 to 1 approval in favor of a new state flag.