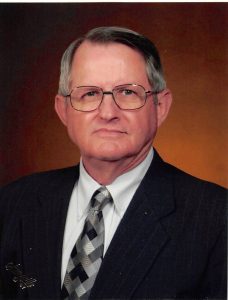 Joel Hinson
Dec. 30, 1941 – Feb. 7, 2021
Graveside services for Col. Joel H. Hinson (U.S. Army, ret.), 79, were Feb. 7, 2021, at Tylertown Cemetery with Rev. Justin Knight officiating.
Hinson served in the U.S. Army from 1963-1990 during which he served two tours of duty as a helicopter pilot in Vietnam. Retiring to Tylertown he was a co-founder of the Walthall County Food Pantry in the mid-1990’s and served as its president until 2017.
Joel graduated from Tylertown High School in 1959 and the University of Southern Mississippi in 1963. He later earned a master’s degree from Western Kentucky University.
He was an active member of the community; a member of Tylertown Baptist Church, serving as a deacon for many years. He was actively involved with the local American Legion post. In 2015 he was presented with the Spirit of Paul Pittman Award by the Walthall County Chamber of Commerce for his “unselfish service for the betterment of our community.”
Hinson never met a stranger and loved nothing more than talking with people and telling stories. If he could help someone, he did.
He died Feb. 3, 2021.
He was born Dec. 30, 1941, in Tylertown to the late Hilda and J.C. Hinson. He was also preceded in death by his brothers Alan Lee Hinson and J.C. “Little Butch” Hinson, Jr.
Survivors include his wife of 60 years Patty Bond Hinson; daughters Kelly Hinson and Danielle Hinson Sullivan; and granddaughters Erin Elisabeth Sullivan and Megan Lea Sullivan.
In lieu of flowers, the family requests that donations be made to the Walthall County Food Pantry by mail at 109 Johnson Road Tylertown, MS 39667 or in person at Trustmark Bank, or to The MIND Center at UMMC at https://www.umc.edu/mindcenter/Ways-to-Help/Give-Today.html to support their research into Alzheimer’s Disease. Checks can be mailed to The MIND Center at UMMC, 2500 N. State Street, Jackson, MS 39216.
Capps Funeral Home was in charge.