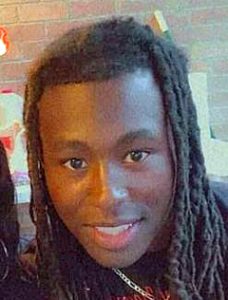 Authorities investigating a possible homicide in Pike County have identified the victim as Derecus Antonio Conerly who was reported missing by his family since June 26.
The badly burned body was found near a burned-out vehicle on Jeanette Lane outside Summit Monday.
Pike County coroner Wally Jones said the Mississippi Crime Lab was able to match Conerly’s fingerprints in order to establish positive identification.
The case drew lots of attention in Walthall County because Conerly has many close family ties here.
Conerly was last seen in a white Kia Optima bearing the license plate “QUI95.
The family of Conerly offered a $20,000 reward for any information that led to his location.
Pike County Coroner Wally Jones said early he felt circumstances dictated the “possibility” of a connection between the two cases.
Jones said the body appeared to be a black male, badly burned.
Even though identity has been established Jones and Pike County Sheriff James Brumfield are awaiting results of a preliminary autopsy, expected Monday, to determine the cause of death.
The sheriff says his officers are working hard to get answers to the death of Conerly, however, he said he had no further information he could release at the present time.
The Mississippi Bureau of Investigation, FBI and state crime lab are also involved in the investigation of Conerly’s death.