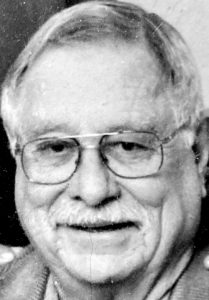 Bill Stutchman
June 24, 1939 – Oct. 1, 2021
William D. Stutchman, Sr., of Tylertown, died Oct. 1, 2021. He was born June 24, 1939, in Kilgore, TX. He spent most of his life in Luling, LA, then Tylertown.
He was the son of Winnie Osburn and William Zedoc Stutchman of Kilgore, Tex., and the stepson of Miriam Cox Waldrop Stutchman.
Survivors include his spouse, MaryAnn Garibotte Stutchman, formerly of Houma and New Orleans; a son, William “David” (Heather) Stutchman, Jr. of Goldsboro, NC; two daughters, Nicole Tomeny, of River Ridge, LA, and Deborah Bourgeois and son-in-law, Gerard “Gary” Bourgeois of New Orleans, and five grandchildren, Gerard and Angelle Bourgeois, Ashley Stutchman, Gibson and Aiden Tomeny.
His survivors also include one sister, Ellen Stutchman of Pine Bluff, Ark; three brothers, Michael James Stutchman of Nacogdoches, Tex., Curtis Waldrop of Kilgore, Tex., and Col. Gerry Waldrop, Phd., of Mineral,VA.
He was a graduate of Kilgore Jr. College where he studied engineering, and is a member of Delta Sigma Phi Fraternity. He was an Eagle Scout.
He retired from Monsanto Corp. after 29 years. Upon retiring, he became a farmer in the Salem community and attended Dinan Baptist Church. His hobbies were reading and gardening.
A memorial service will be held at Dinan Baptist Church, Tylertown, on Oct. 29, 2021, at 6 pm.
Condolences can be sent to: maryannb27@yahoo.com
In lieu of flowers, donations can be made to Dinan Baptist Church.