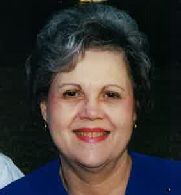 Missie Smith
Dec. 30, 1936 – Oct. 31, 2022
Missie Smith was born Dec. 30, 1936, in Prentiss and died Oct. 31, 2022, in Buford, GA. Her parents originally intended to name her Missie Patricia, but when the country doctor came to their home, he delivered two daughters. The twin girls were then named Missie and Patricia. The girls were best friends throughout their lives.
Missie was a homemaker and mom. She was active in the community, serving as a Cub Scout Den Mother, as well as volunteering in various capacities at Tylertown Methodist Church. She was an assistant at Walthall Academy for the first two years of its existence, later becoming a longtime employee at Trustmark Bank in Tylertown. After her retirement, she spent several years in Tylertown before moving to Buford, GA, where her son and his family reside. Throughout her life, she doted over her grandkids, as they were her lifeblood.
Missie was preceded in death by her daughter, Patricia Dillon and her grandson Weston Dillon, along with her beloved sister Patsy Rakestraw. She is survived by her brother Dale (Gloria) Griffith and family, her son Winston (Mattie) Smith, granddaughters Micah Smith and Hannah (Jantzen) Knight, great granddaughter Norah Knight, granddaughters Carlie Dillon and Katie Dillon, great granddaughter Adalyn Poole and great grandson Ridgeland Dillon.
Interment was in Hamilton Mill Memorial Gardens, Buford, GA with a family graveside service held at a later date. In lieu of flowers, the family requests donations be made to either the National Breast Cancer Foundation or to In Touch Ministries.