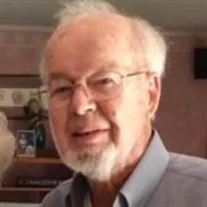 William “Dick” Forbes
Oct. 20, 1938 – Nov. 9, 2022
William Everett “Dick” Forbes, 84, was born Oct. 20, 1938, in Tylertown, to the late Reece Forbes and Lillie Mae Dillon Forbes. He died in his home of 56 years in the Stateline Community Nov. 9, 2022. He grew up in a large family in Walthall County, where his father was a blacksmith and construction worker and his mother was a school cafeteria worker. He became a father to William Michael Forbes and joined the Mississippi National Guard before he was 20 years old.
He then met Stella L. McKenzie and married her on Oct. 27, 1962. They had three daughters and were married 59 years until her recent death. They lived in New Orleans for a short time while Dick worked in the shipyard.
He was a member of Stateline Missionary Baptist Church since 1978 and was also a longtime member of the Masonic Lodge in Pine. He went into business with his brothers and formed Forbes Construction and later Difco Construction. They built a business while doing maintenance work at the Bogalusa paper mill, Wiggins paper mill and the mill in Pine Bluff, AR, before he retired at age 62.
His love of hunting would lead him to Colorado, where he purchased 40 acres and built a log cabin in Walden, CO. He killed many elk and black bears. One of his favorite past times was sitting on the patio smoking his pipe to enjoy the outdoors.
He is survived by his son: William Michael Forbes of San Antonio, TX; two daughters: Dana L. Forbes of San Antonio, Shannon L. Barclay of McComb; four grandchildren Jon-Ashton Dykes, Lili Alivia Thomas, both of Thomas, Savana Lee Barclay of McComb, Marc (Emily) Joseph of Virginia; brother: Walton Forbes of Tylertown; brothers in law and sisters in law: Danny and Betty Knight, Jerry and Theresa McKenzie, Shelby and Mary Lee McKenzie, Sylvia Forbes, Claire Forbes.
He was preceded in death by his wife of 59 years Stella McKenzie Forbes, a daughter Angela Lynette Forbes Thomas, parents Reece and Lillie Mae Forbes, brother and sister in law John and Patsy Forbes, brothers Richard Forbes, Charles Forbes, Robert Forbes, sisters Jenell Forbes Dillon, Mary Forbes Cutrer, Jo Evelyn Forbes.
A masonic rites service was Nov. 12, 2022, in the funeral home chapel immediately followed by a funeral service with Rev. Brent King and Rev. Trey Jenkins officiating, burial in the Crain’s Cemetery in Stateline.
Pallbearers were Jon-Ashton Dykes, Bladen Thomas, Britt Thomas, Tony Forbes, Timmy Forbes, Greg Forbes, Payton Knight, Charles Williams and Reggie Williams.
Crain Funeral Home in Franklinton was in charge of the arrangements.