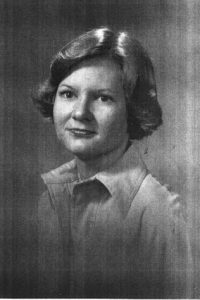 Janet Crawford
April 30, 1953 – Feb. 22, 2020
Janet Dykes Crawford, 66, died Feb. 22, 2020, at her residence in Jackson. A funeral service was Feb. 26, 2020, at Hartman-Hughes Chapel with Rev. Justin Knight officiating.
Mrs. Crawford was born in Baton Rouge April 30, 1953, to Etta Ree Dykes and the late Harmon M. Dykes. She graduated from Tylertown High School in 1970 and received her bachelor’s degree from Millsaps College where she was a member of Kappa Delta sorority, and the food club, she was inducted into the O/\K honorary society and twice served as editor of the Boba Shelia yearbook. Janet attended graduate school at the University of Illinois where she studied urban planning. Upon returning to Mississippi, she worked for many years in the City of Jackson’s Planning Dept. as a planner and assistant director. Her devotion to Jackson was displayed through her tireless efforts to implement sound planning practices across the city.
Mrs. Crawford is survived by her husband of 43 years James Lynn “Jamie” Crawford, her mother Etta Ree Dykes, her sister Sandra Holmes Sartin, as well as nieces Pam, Trudi, and Leslie, nephews Bo, Tyler, and Nathan, great-nephews Luke and Michael, and her two wonderful kitties- Koko and Mo. She was preceded in death by her father Harmon M. Dykes and brother James Michael Holmes.
Pallbearers were Russell Beard, Nathan Booth, Sam Jew, Tommy Lyle, Bobby McGinnis, and Donnie Tynes.
Honorary pallbearers include the members of the Millsaps Food Club.
In lieu of flowers, please consider making a donation in memory of Janet to CARA in Jackson, the American Cancer Society, or to one’s favorite charity.
Hartman Hughes Funeral Home was in charge of the arrangements. Family and friends may sign an online guestbook at www.hartmanhughesfuneralhome.com.