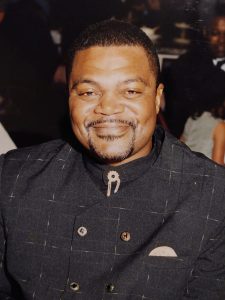 Keith Lowe
Dec. 23, 1961 – Aug. 27, 2020
Keith Wayne Lowe, 58, of Slidell, LA, native of Franklinton, died at his residence Aug. 27, 2020. He was born Dec. 23, 1961, in Bogalusa to the late Vera Lee Lowe Tate and Truly Smith.
In addition to his parents he is also preceded in death by his siblings, Bobby Nell Tate Williams, Curtis Tate Jr and David Earl Tate.
Survivors are his two children, Keitha Chereese Brumfield of Houston, TX, and Todd Germaine Robertson of Franklinton; four brothers, Clarence Johnson of Rialto, CA, Leonard Tate of Lawrenceville, GA, Eddie Lowe of Houston, TX and Truly Smith Jr. of Tylertown; three sisters, Trudy Ann Harvey, Debra Tripp and Pricilla Smith, all of Tylertown.
Stogner was brought up in a Christian home and at an early age he joined Second Baptist Church in Franklinton. He attended school at both Washington Parish and Franklinton High. Lowe enlisted in the U.S. Army in 1981 shortly after high school and he received countless awards such as, but not limited to, Army Services Ribbon, Non-Commission Officer Development Ribbon, Sharp Shooting Qualification Badge on the M-16 Rifle, etc. He was also a Terminal Operations Coordinator, sering as an E-5 at Fort Bragg, NC. He made significant contributions not only for the Army, but also for family and the community through his volunteer effors as a sportsman and his work with the PVA.
A graveside funeral service was Sept. 12, 2020, at Rocky Hill Church Cemetery in Tylertown, Eld. Leonard Tate officiating.