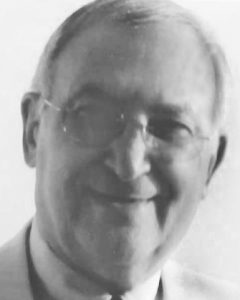 Dr. Ronald R. Lubritz
Aug. 3, 1934 – Jan. 31, 2021
Dr. Ronald R. Lubritz was born August 3, 1934, in New Orleans, LA, to Dr. and Mrs. Ephraim Lubritz. He was the oldest of four children: Dr. Joel Lubritz(Carol). Dr. Kenneth Lubritz (Mary) and his sister Lana Goldberg. He is survived by his wife Joy Alford Lubritz and his three children Jody Dorsey (Bren), Leslie McGavran (Greg) and Paige Lubritz (Randy Baker), stepchildren Harry Martinolich and Jessica Keller (Chris). His grandchildren Noah, Lucy, Harrison and Max were a special delight for him and all who knew him, knew of their antics and accomplishments.
After graduating from Amite High School, he went to Tulane University where he earned a BA in Science and then on to Louisiana State University where he received his Doctorate in Medicine in 1959. His father was a member of the first graduating class of LSU Medical School and Dr. Lubritz was the first son of an LSU medical school graduate. After his residency at Charity Hospital in New Orleans, he moved to Hattiesburg and opened his Dermatology Clinic in 1963 where he practiced very successfully for 57 years. He was loved by his patients and they looked forward to his stories and jokes. Over the course of his career, he literally saw hundreds of thousands of patients.
He was active in the Mississippi Dermatology Association and was one of the founding members. He served as President for many years and in 2017 the Association named their annual lectureship the “Lubritz Lectureship” in honor of his many years of dedication and work and commitment to the organization.
Dr.Lubritz specialized in Cryosurgery, the use of liquid nitrogen to remove abnormal tissue. He travelled abroad lecturing and teaching and his efforts led to the creation of the sub-specialty of surgery. He co-authored a book on the topic with his mentor, Dr. Torre, which won multiple awards and earned him national and international board positions in his field. During his career he wrote more than 80 papers and co-authored over 12 books. For many years and prior to Hurricane Katrina, he taught medical students at both LSU and Tulane Medical School and served as a clinical professor at Tulane University. In later years, he enjoyed teaching the DO students at William Carey University, where his was considered a favorite rotation.
After establishing his practice, he joined the National Guard, and later the Army Reserve, where he attained the rank of full Colonel. He was the commander of the 305th Field Hospital, a 400 bed facility in Gulfport, MS. In fact, The USM Center for for Military Veterans has established a memorial scholarship in his name. Donations can be made through the USM Foundation (www.usmfoundation.com) and requesting the donation be directed to the “Ronald Lubritz Excellence in Medical Care Scholarship.”
(space paid for)