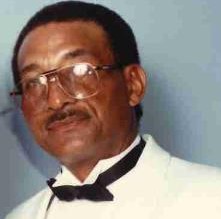 Marcell Foxworth Sr.
Nov. 24, 1936 – Aug. 8, 2021
Marcell Foxworth Sr. was born Nov. 24, 1936, son of Hertis and Linnieteen Magee Foxworth of Tylertown. He attended Magee’s Creek Public School. During his youth, his parents were farmers and taught him many skills concerning planting and livestock. In 1952, Foxworth married Sarah Vivian Guy of Tylertown. Soon after they moved to New Orleans where he worked at Dixie Trucking Co. until their closure. He was hired at the New Orleans Steamship Assn., where he worked as a longshoreman under the ILA Local Union No. 1418.
In 1972, he moved the family back to Mississippi, but he continued to commute to New Orleans for work until retiring. He returned to his roots farming and raising livestock. He spent many hours planting and harvesting a variety of fruits and vegetables.
He attended Magee’s Creek Missionary Baptist under the leadership of Pastor Ernest Landry, and current pastor, Rev. George Coney.
He enjoyed watching the New Orleans Saints and listening to WWL Saints network. He loved having his children come home for a visit so he could have them fix or bring some of his favorite foods, gumbo and boiled crabs, homemade soup with okra, and chicken dumplings.
Survivors are his children, Marcell Foxworth Jr. (Melissa), of Slidell, LA, Mark Foxworth of Algiers, LA, Veronica (Cookie) Morris (Jimmy), of Algiers, LA, Darcell Lewis (Jimmy), of Harvey, LA, Wanda West of Phoenixville, PA; his siblings, Vanessa Jones (Fred Douglas), of Tylertown, Sedgie Ronnie Foxworth (Jennifer), of Tylertown.
He was preceded in death by his daughter and son-in-law, Anthony and Jeanette Foxworth Elliott, of New Orleans, four siblings, Carolyn Jo, Calton Foxworth, Hertis Larry Foxworth, and Jacqueline Denise Relf.
Craft-Ginn Funeral Chapel was in charge of the arrangments. Share online condolences at www.craftfuneralhome.org