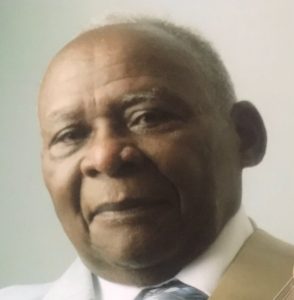 Byther Smith
April 17, 1932 – Sept. 10, 2021
Byther Smith, 89, died Sept. 10, 2021, at Advocate Christ Memorial Center in Chicago, Ill.
Chicago’s Blues Legend Byther Smith was a native of Jayess and was born in Monticello April 17, 1932.
Smith started his gift of music in gospel. As a young man, he traveled to various churches using his gift where needed. His interest moved to blues when he moved to Chicago in the late 1950s where his cousin J.B. Lenoir was living. He played in various bands as backup until he became serious about the business for himself. He’s played with some of the greatest well-known artists: Junior Wells, Howlin’ Wolf, Muddy Waters, Otis Rush, BB King, Jimmy Reed, Big Mama Thornton and Buddy Guy. Byther would play locally in Chicago clubs, festivals, and universities, while deferring his dream to provide for his family and to broaden the opportunities for his children. He was inducted into the Chicago Blues Hall of Fame in 2018 and became an Honorary Citizen of Monticello in 1997.
A graveside service was Sept. 25, 2021, at Salem M.B. Church, with Rev. Edward Herron officiating, interment in the Salem M.B. Church Cemetery.
He is preceded in death by his parents, Claude Smith and Ellen Lee Lenoir Smith; his wife, Etta Mae Smith; five brothers and three sisters.
Survivors are six daughters, Alma Kershaw of California; Bonny Gordon of Indiana; Annie Williams of Illinois; Delbra Taylor of Illinois; Aldora Clay of Illinois; and Patrice Guest of Illinois; nine grandchildren; four great grandchildren.
Washington Funeral Home was in charge of the arrangements.