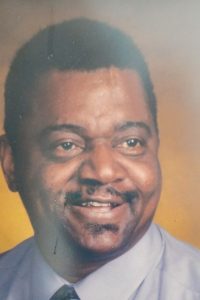 Robert Earl Robinson
April 11, 2022
Robert Earl Robinson, 83, of Westwego, LA, died April 11, 2022. He was born in Sandy Hook to the late Tycho Robinson and the late Altoria (Jordan) Robinson. He was raised in Sandy Hook where he graduated from Friendship High School in 1957. He was an outstanding athlete during his school years and was known as a premier basketball player in the Sandy Hook area.
Robinson moved to New Orleans shortly after finishing high school. He started out as a grocery bagger at a Schwegmann’s grocery store, quickly working his way up to the supervisor of the “bag boys”. He held various other positions for the grocery store chain over 25 years. Eventually, he went to work at an A&P grocery store as a warehouse worker. It was at this store that he began his lifelong career as a truck driver. After hauling meat for A&P grocery stores for a few years, Robinson eventually spent more than 35 years as a driver for Evans Cooperage in Harvey, LA, driving both regionally and, later, as an owner-operator. During his tenure as a truck driver, he drove trucks with three of his four children, two of whom followed his example and embarked on their own driving careers.
Robinson was an active member in his churches over the years, singing in the choir and serving in various leaderships roles. As a child, he joined Springhill Missionary Baptist Church in Sandy Hook,. After moving to New Orleans, he joined Second Bethlehem Baptist Church, where he served as member of the Board of Trustees and deacon for 45 years. At the end of his life, Robinson was a member and the head deacon of Ephesus Missionary Baptist Church in Westwego, LA.
He was preceded in death by his father, Tycho Robinson, his mother, Altoria (Jordan) Robinson, his brothers, Levell Robinson Sr. and Calvin Robinson, and his great grandchildren, Demhi Quinn and Caron Frierson.
Survivors are his daughter, Dionne (Rod) Celestin-Torregano of Harvey, LA; his three sons, Eduardo “Brother” Robinson of Westwego, LA, Rodney Robinson of New Orleans, and Gary “Tony” (Nicole) Brumfield of Montreal, Canada; his three brothers, Levi T. Robinson, Sr. and Bruce L. (Marscinia) Robinson of Sandy Hook, and Paul J. (Mazie) Robinson of Upper Marlboro, MD; his five sisters, Eva Mae Young of Angie, Lillie Mae Robinson, Cloria (Charles) Norman, Mary Ann Collins, and Jean Etta (Eugene) Burch all of Sandy Hook; 11 grandchildren; 37 great-grandchildren; two great-great-grandchildren.
Robinson Family Funeral Home of Belle Chasse, LA, was in charge of the arrangements.